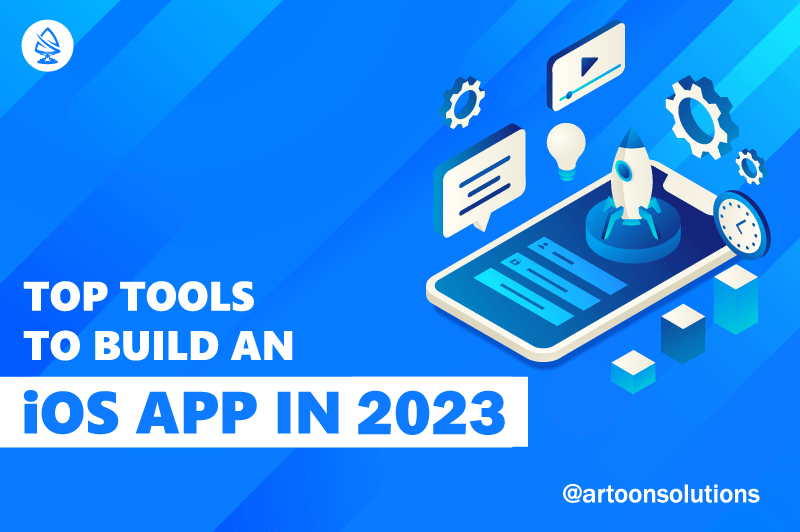 Apple devices were not always the easiest to develop applications for! Thankfully, that situation has drastically changed with the advent of tools customizing in iOS app development.

Now iOS app development is as easy as Android application development, with some of the tools even being common between the two. However, if you are looking for current trends and tools, here are the top ios app development tools to build an iOS app in 2023!

Xcode is the preferred tool for most iOS apps. Apple launched it specifically to develop iOS apps, no wonder why it is the tool of choice for nearly every iOS app development company.

Furthermore, this tool makes writing, compiling, and debugging an iOS app easy before directly submitting it to the App Store.

Swift language is essential when considering iOS application development. Since its launch in 2014, several big names have adopted the Swift language.

It is faster than Objective C and more concerned with security than other languages formerly used in iOS app development. Swift gives a better experience when developing apps as it is designed as a type-safe language that identifies errors that are otherwise harder to identify.

The AppCode tool is used in combination with several programming languages, including Swift and Objective-C. But, the best part of using AppCode is that it makes code writing and error detection a breeze.

The tool checks for a range of errors and quickly points them out. It allows immediate correction before the chances of forgetting set in. This is why a lot of iOS app development makes use of the AppCode tool.

This is yet another tool extremely helpful in the development of iOS applications. Mockingbird is essential in testing iOS applications, unit testing to be exact. This type of testing is applicable when testing the smallest part of an application called a unit!

It is a web-based wireframe application that features a drag-and-drop UI. This way, you can draw up a mockup showing your app’s appearance in real life once developed.

CodeRunner is a code editor tool that offers advanced code compilation. Its powerful features make every task more accessible since it caters to multiple languages, including Swift and Objective C.

Check the code as you write it with live errors. The incorporation of auto-indent makes indenting easier and less erroneous and monotonous. Running process statistics during coding leads to immediate feedback instead of waiting.

The fabric tool is another one that significantly aids iOS application development. It provides all the necessary app development kits to make your app the best one out there. Its robust yet lightweight nature makes it easy to integrate a multitude of functions.

When using fabric, you’ll get to benefit by using Crashlytics. Also, you get to test snippets without much trouble.

The Dribbble tool is for developers and designers looking to express their imagination and creativity for app development.

You can find DribBble most practical for designs, illustrations, and animations. These features go a long way in developing app screens, icons, and other UI elements.

Read More: A Complete Guide To Get Started With iOS App Development

Figma also has other uses in Android application development in case you intend to make two applications.

The unity platform is used to develop iOS games using 2D and 3D technology. Unity is most popular among game developers as it allows importing of assets from third parties. It also comes with the opportunity to purchase various items from its store.

But the most effective property of Unity is the vast availability of guides and tutorials that favors budding developers.

This might not sound important. However, your app’s appearance and colors are quite important if you want to be different and attract users. Without a unique color scheme, users will not be curious or intrigued enough to try out your iOS application.

The Cocoapods tool is an application package manager that oversees the support of external or third-party libraries.

Quickly source code from anywhere- CocoaPods will support it. It boasts of offering over 60,000 libraries to choose from. It is also swift to update when the Podfile is defined. No wonder why over 3 million apps have already made use of CocoaPods.

When developing iOS applications that require payment, a reliable payment solution is crucial. The logical solution for an Apple iOS application is Apple Pay. Users can secure their payment details using biometrics.

No restrictions will be found with the monthly (or daily) transaction amount of $10,000. Also, Apple Pay provides incentives such as loyalty points, gift cards, and reward points. Its integration onto Apple devices is easy, and that’s why this is where it is most common.